The Past Tense in Russian

The Russian language has 3 verb tenses: Present, Future and Past.

Anyone who wants to speak Russian fluently must know all of them.

In this lesson, we will learn the past tense, which is the easiest one.

I will first explain when you should use the past tense in Russian.

Then, you will learn how to form sentences using the past tense.

When to use the past tense in Russian

Unlike in English, there is only one past tense in Russian.

This makes the past tense in Russian very easy.

Just take a fast look at the following sentences in English:

I would study English when I was a kid (Я учил английский, когда был ребёнком)

I had studied English before I traveled to the US (Я учил английский перед тем, как поехал в США)

These sentences can all be translated into Russian using one single verb tense.

This means that, when you speak Russian, you don’t have to think about when or how something happened in the past in order to choose the right tense.

Basically, as long as something happened before “now”, you will use the past tense.

Unfortunately, there is one detail you have to be careful with.

In Russian, verbs are divided into perfective and imperfective.

Both sentences mean “I learnt English”.

Note that the verb tense is the same, the past.

However, the first sentence means that you just spent some time learning English.

While the second one focuses on the result and means that you have already learnt English and now you are fluent.

We can see this difference in the meaning because one verb is perfective and the other one is imperfective.

If you don’t know how to use Perfective and Imperfective verbs in Russian, make sure to check out our complete lesson about this subject clicking here.

How to form the past in Russian

Almost every Russian verb in the infinitive form ends in “ТЬ” or, if it is reflexive, in “ТЬСЯ” (the infinitive is the dictionary form of the verb).

If you don’t know what Reflexive Verbs are or when to use them, you can check out our complete lesson about this subject clicking here.

The way we put reflexive and non-reflexive verbs into the past is almost the same.

But to make sure everything is easy to understand, let’s learn how to put them into the past separately.

Non-reflexive verbs in the past 02) When the subject is feminine, you will use “ЛА”. For example:

Note that when a noun is in the plural, it doesn’t matter if it’s masculine, feminine or neuter, the ending of the verb is “ЛИ”.

If you are not familiar with the concept of gender in Russian, you can check out our complete lesson about it clicking here.

Reflexive verbs in the past 01) When the subject is masculine, you will use “ЛСЯ”.

02) When the subject is feminine, you will use “ЛАСЬ”.

Она готовилась к школе (She was preparing for school)

Женщина проснулась в 7 утра (The woman woke up at 7 a.m.)

Солнце скрылось за горизонтом (The sun hid behind the horizon)

Море волновалось (The sea was agitated)

04) When the subject is in the plural, you will use the ending “ЛИСЬ”.

Дети помирились (The kids made peace)

Мы учились в школе (We were studying at school)

And that’s all! Now you know how to use the past tense in Russian.

I hope everything got clear, but if you have any questions, just leave them in the comment section below.

I will be very happy to help you! 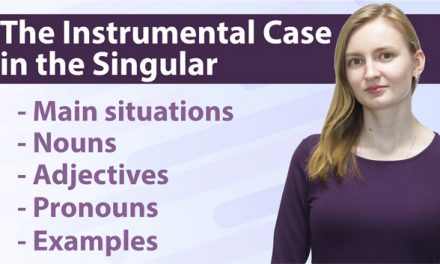 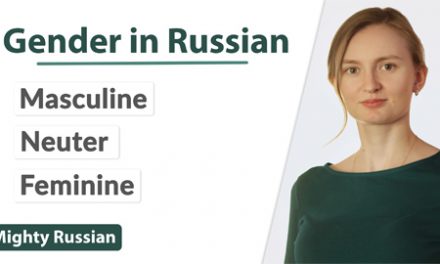 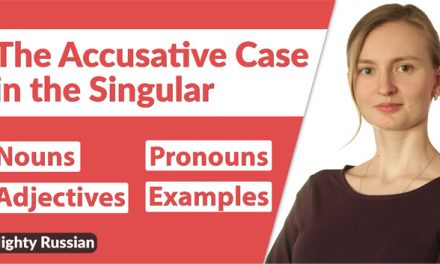 Difference between ГДЕ and КУДА?

Subscribe to our Newsletter and don't miss out on any of our lessons!

Almost there! We have just sent you an email. You can open it and confirm your subscription. (You can stop receiving our content whenever you want. Every email has a link for you to unsubscribe from our newsletter).

Your information is secure.

It is at this e-mail address that you will receive all our lessons.