Reflexive Verbs are very important in the Russian language and there are many situations in which they are used.

In this lesson, you will learn everything you need to know about Reflexive Verbs.

To make things easier, I divided the lesson into 3 parts:

1) What Reflexive Verbs are;

2) How to form Reflexive verbs;

3) Most common uses of Reflexive Verbs.

If there is any specific subjec you would like to learn first, you can click on it and go straight to that part of the lesson.

What are Reflexive Verbs?

Reflexive verbs are verbs that are used to talk about things that you do “to yourself”.

But in many other languages, such as Russian, there is a specific way to form Reflexive Verbs.

To make sure you understand the idea behind Reflexive Verbs, let’s take a look at some English sentences:

Now, in the second sentence, we have only “Mary” and the action.

The action that she performs goes back to herself. Not only does she perform the action, but she is also affected by it. She did it “to herself”.

Note that in the Russian example, there isn’t any word equivalent to “herself”. Instead, the verb takes a different form.

We are preparing the project (Мы готовим проект)

We are preparing for work (Мы готовимся к работе)

But in the second sentence, “we” are not preparing another thing. “We” are preparing “ourselves” for work.

Note that this time, the verbs in English are the same and we don’t have any reflexive pronoun. In Russian, however, we still need to change the verb to indicate that the action is reflexive.

Мы готовимся к работе (We are preparing for work)

It’s simple to understand the difference, isn’t it?

So now that you know what Reflexive Verbs are, let’s take a look at how we can form them in Russian.

How to form Reflexive Verbs

If the verb ends in a consonant, you will add “СЯ”:

Порежется (He will cut himself)

If the verb ends in a vowel, you will add “СЬ”.

This ending is less common. Normally, you will see it only with verbs in the 1st person singular in the present:

Умываюсь (I wash my face)

In the 2nd person plural:

Вы собираетесь (You get ready)

Вы причёсываетесь (You brush your hair)

Вы просыпаетесь (You wake up)

Or in the past:

Она готовилась (She was getting ready)

Они помирились (They made peace)

If you don’t know yet how to use the Past Tense, you can check out our complete lesson about it clicking here.

Note that when there is a reflexive verb in the sentence, you cannot use a direct object (a noun or a pronoun in the Accusative Case).

If you want to use the direct object, you need an ordinary verb (without “СЯ” or “СЬ“):

The Accusative Case is a very important subject in the Russian language. If you still don’t know how to use it, you can check our our complete lesson about it clicking here.

When to use Reflexive Verbs in Russian

We have already learnt that reflexive verbs are used when a person does an action and is also affected by it.

But there are two other situations in which reflexive verbs are very common.

Они целуются (They are kissing)

Here are the most common reflexive verbs with this meaning: The verbs above can be followed by the preposition “С” plus a noun in the Instrumental Case to specify with whom you do something.

If you don’t know yet how to the Instrumental Case in Russian, you can check out our complete lesson about this subject clicking here.

2) Some reflexive verbs are used to talk about feelings:

Он гордится своей дочерью (He is proud of his daughter)

Here are the most common reflexive verbs to express feelings: And that’s all! Now you know exactly how to use Reflexive Verbs.

I hope everything got clear, but if you have any questions, just leave them in the comment section below.

I will be very happy to help you! 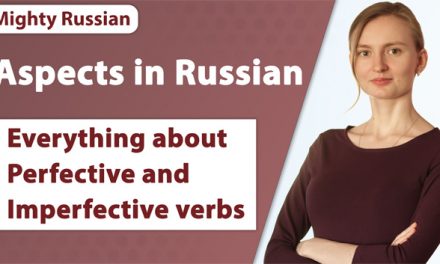 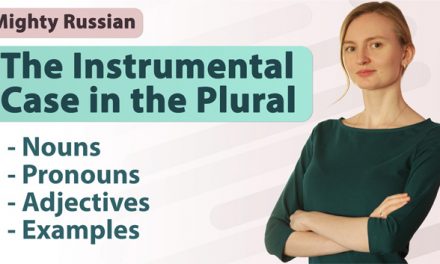 Russian Instrumental Case in the Plural 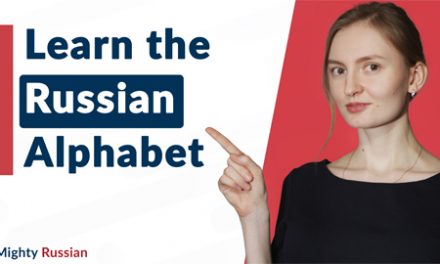 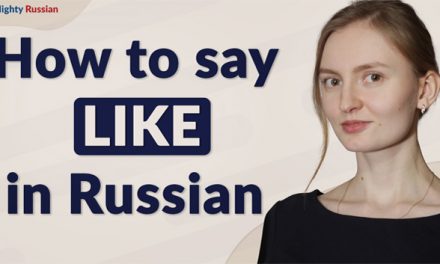 Subscribe to our Newsletter and don't miss out on any of our lessons!

Almost there! We have just sent you an email. You can open it and confirm your subscription. (You can stop receiving our content whenever you want. Every email has a link for you to unsubscribe from our newsletter).

Your information is secure.

It is at this e-mail address that you will receive all our lessons.